Another high-tier-weighted location, Repulsor is very similar to Artillery (even going so far as to have the same style of buildings) but actually has more buildings than Artillery, as well as an underground tunnel system which contains floor loot and offers an excellent method of escaping or initiating during fights. 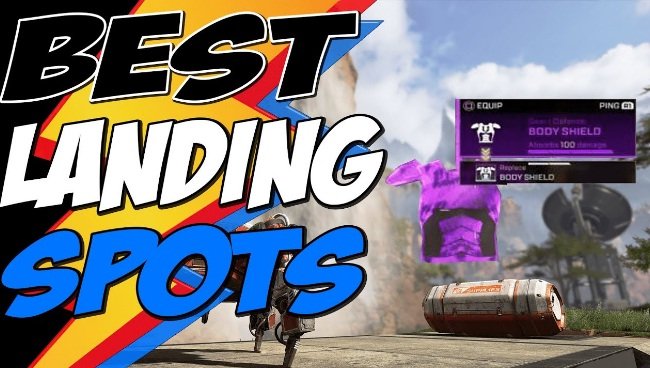 It’s also connected to Hydro Dam to the north, which rarely contains good loot but is still often used as a landing area for at least one team, so keep an eye in particular on your northern side while you’re looting up in Repulsor.

Slum Lakes is a heavy concentration of tiny houses packed into the far north-west corner of the map. It almost always contains mid-tier loot, but the benefit of Slum Lakes is that you can pass extremely quickly from one house to the next, and as a result you’re pretty much always protected and covered from all sides while you’re looting.

There’s also a line of buildings embedded into the cliffs to the north-east of Slum Lakes which you can loot once you’re finished with Slum Lakes proper, and although it is not exactly a central location there’s always a hot air balloon on the easy side of Slum Lakes that you can use to travel quickly to the rest of King’s Canyon.